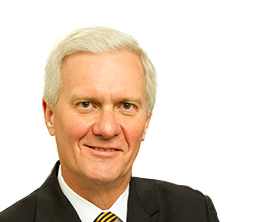 My love affair with universities began over fifty years ago, in 1968, an otherwise fraught and inauspicious year in America. I was a seventeen-year-old freshman that fall, setting foot for the first time not only on the grounds of what would become my undergraduate alma mater, but, as near as I can recall, on any college campus. I had done no pre-application tours in my last years of high school. There was a big university in my hometown, but neither I nor anyone else in my neighborhood had any connection to it. I had not been dragged as a kid to a homecoming game by mom or dad or an aunt or uncle, simply because none of them had studied beyond high school.

So I was a stranger in a very strange land that September, present only because I was able to harness a little curiosity and ambition and wed them to the wisdom shown by the good people of the State of New York in creating and funding an extensive and affordable public university system.

But however alien, I found that land enchanting. An entire institution devoted to discovering and sharing knowledge! What could be better? For an endlessly inquisitive teenager, nothing. So, I never left.

But, as I said, 1968 was a fraught year in America generally and on college campuses in particular, and it was followed by many more fraught years. I came to see at that time not only the wonder of universities, but their fragility as well. Although it was clear to me that the benefits of higher education far outweighed its costs, I began to appreciate that the former were elusive, far harder to quantify than the latter. Universities as we came to know them—complex entanglements of undergraduate education, adolescent socialization, professional training, pure and applied research, corporate and governmental engagement, community outreach and service, and so forth—thrived in large part because key constituencies forbear to disentangle the complexities and insist on strict transactional benefits.

Alas, disentangling has become the norm. A toxic stew of stagnant middle-class income, stressed state budgets, and growing public distrust of all institutions, abetted by a digital revolution that seems (but only seems!) to have made knowledge free and ubiquitous, has made almost everyone more transactional. “What will I get out of this—and who needs those old institutions anyway?” seem to be the questions du jour.

A half century on, it seems to me that we all still need those old institutions, perhaps now more than ever. We all get far more out of them than we invest.

Yet, that said, nostalgia is not a strategy. The world really has changed, and universities cannot expect to operate in the same way they did in 1968. My career in the academy has been driven by this belief, and it has led me in every position I’ve held to try to rally the diverse constituencies that allow universities to function—from trustees and faculty to townsfolk and corporate executives—to find common ground in the face of whatever particular challenges their institutions face (and challenges are always particular), and to act. Love demands no less.

Dean, College of Arts and Sciences, University of Delaware (2001-04)

Consultant, US Government Accountability Office, US Office of Personnel Management

Overseas training and consultancies for USAID, USIA, and OSCE in Bosnia-Herzegovina, Slovenia,

Board of Directors, Soteria Solutions

Board of Directors, Association of Public and Land Grant Universities (APLU)

Board of Directors, New Hampshire Business Committee for the Arts

Chancellor’s Award for Excellence in Teaching, 1977

Profiles in Excellence: Conversations with the Best of America’s Career Executive Service.

The Higher Civil Service in the United States.  Pittsburgh: University of Pittsburgh Press, 1996

“Onto the Darkling Plain: Globalization and the American Public Service in the Twenty-first Century,” in J. Pfiffner and D. Brook, eds, The Future of Merit: Twenty Years After the Civil Service Reform Act of 1978 (Cambridge: Cambridge University Press, 2000); also published in the Journal of Public Administration Research and Theory

“Enforcing Administrative Ethics,” The Annals of the American Academy of Political and Social

“America’s (Unsuccessful) Search for a Higher Civil Service,” in D. Rosenbloom and P.

“The Senior Executive Service: Problems and Proposals for Reform,” in C. Ban and N. Riccucci,