Kevin comes to higher education with a truly global perspective, having worked in and with organizations in Africa, Asia, Eastern Europe, and the Caribbean. WIth degrees from Swarthmore, the National University of Ireland, Columbia, and Georgetown, Kevin is a scholar, a public policy expert, and a former small college president who led that institution through a merger. 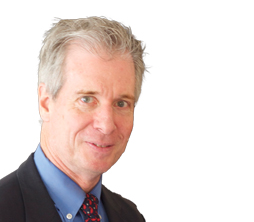 If you are reading this, you probably believe as I do that education has the power to change lives enabling individuals to shape lives for themselves and their families that without access to education would be inconceivable.

Since the earliest days of my career, I’ve seen this belief clearly expressed in various contexts and diverse cultural settings: participating in an experiential service learning project in West Philadelphia, teaching in a harambee—a self-help school—close to the Kenya-Uganda border, serving as a Peace Corps Volunteer in a mountainous district in Northeast Thailand, and working as a foundation executive supporting the transformation of higher education in the former Soviet bloc. In each of these settings, students and their families, especially those with modest mean and limited opportunities, strongly believed that education was the best way to build a better future. Later, teaching as an adjunct at four different large universities in a major metropolitan area and serving as a visiting Woodrow Wilson Fellow at more than a dozen liberal arts colleges across the country, I have also observed the widespread belief that education has the power to change lives.

In all these international and U.S. settings, students perceived that education was the way forward. But in recent years, these perceptions have changed utterly. Families have become increasingly concerned with the high costs of higher education and grown more skeptical that the cost and time involved are worth it. These concerns are not new. There was evidence of them in the mid-90s and then again after the Great Recession more than a decade ago. These trends have increased in the past decade and have been further accelerated by the COVID-19 pandemic.

Given this, higher education needs to quickly and adeptly adapt to better meet the needs of students. Seemingly, the world is changing at warp speed but higher education adapts at a pace that doesn’t necessarily ensure educational institutions will survive and thrive in the turbulent waters of an uncertain future.

Having recently served as the president of a small college that merged with a larger college, on three separate college boards and the New England Board of Higher Education, as well as being the immediate past president of my state’s association of independent colleges, I am aware that these challenges facing higher education are truly daunting and ubiquitous. Higher Education in the United States is in the midst of its most serious challenges in its history. Each and every institution must undertake a clear-eyed analysis of its own circumstances, understand what it’s options are and then have the courage to pursue needed change to better help our students succeed and create the best possible future for our institution, knowing that maintaining the status quo is not viable and any change will not be easy or popular. This rigorous assessment of present circumstances that prepares for a viable future is the best possible way to restore faith in the transformative power of higher education.

Broad, innovative, results-oriented leadership experience in mission-oriented institutions including higher education, foundations and non-governmental organizations.  Extensive teaching and publishing as an academic practitioner, substantive policy and Congressional lobbying success for governmental organizations and a membership NGO, and a life-long interest in Buddhism.

As the ninth president of a small, academically rigorous college in rural Vermont worked to address existential challenges, while innovating with the curriculum and reaffirming our history of service, and charting a new future.

As Country Director of the longest continuously operating Peace Corps program strengthened relationships with the Thai government, while having responsibility for supporting 150 Volunteers.

As President/CEO of the national association for 200,000 individuals had primary responsibility for board relations, strategy, resource mobilization, management, communications, program development and advocacy.

As first Executive Director had overall leadership responsibility for this pioneering partnership of corporate, public, and nonprofit organizations seeking to improve the lives of workers and their workplace conditions.

As Vice President had overall management responsibility for the Society’s programs and publications addressing economic, political and social issues, including securing the necessary resources for these.

As a Guest Scholar conceived, designed, and secured funding for a participatory research project assessing the impact of public and private assistance to Eastern Europe after the Berlin Wall’s fall.

As Legislative Director to Senator John Heinz, had overall responsibility for the enactment of the Senator’s legislative agenda including key focus on education, international trade issues and health/aging issues.

As Budget Examiner had oversight responsibilities for various international agencies.  Represented OMB in liaison work with other Executive Office of the President Agencies, Departments and the Congress.

As a Volunteer taught TEFL in a border province my first year; taught English Language and Literature at Ubon Teachers’ College in my second year; selected for a pioneering project to be a regional supervisor my third year.