Retiring in June 2020 after 25 successful years as president of Western New England University, Dr. Caprio has dedicated over 50 years to the prosperity of the liberal arts and interdisciplinary undergraduate and graduate programs in the US and abroad. 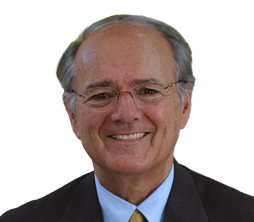 Dr. Anthony S. Caprio, scholar, educator, and administrator, served as the fifth President of Western New England University from 1996-2020. After a tenure of 24 years, he was appointed President Emeritus in August 2020.

For over 50 years, he has demonstrated his commitment to higher education through service as a teacher and administrator in a wide range of institutions, both private and public. Prior to his appointment as President of Western New England University, Dr. Caprio served for seven years as provost and professor of language and literature at Oglethorpe University in Atlanta where he was responsible as chief academic officer for all matters related to faculty and to undergraduate and graduate curriculum. Dr. Caprio led the development of the University’s strategic plan and its subsequent implementation, including the innovative integration of the institution’s liberal arts curriculum within its urban setting. His efforts with regard to internationalization of the University resulted in numerous exchange agreements with universities in Europe, Japan, and South America.

Listed in Who’s Who in America, Who’s Who in the World, Who’s Who in the East, and Who’s Who in American Education, Dr. Caprio is a noted language scholar who has written numerous books in the areas of language and literature, including Reflets de la Femme (1973), and the widely-used college text French for Communication (1985), now in its third edition. His publications in refereed journals and special editions include “Senancour” in A Critical Bibliography of French Literature: Nineteenth Century (Syracuse University Press), articles in Columbia Dictionary of Modern European Literatures (Columbia University Press), in the Canadian Modern Language Review, and the Modern Language Journal. His reviews of books have appeared in dozens of scholarly and professional journals, such as Romanic Review, French Review, Library Journal, Modern Language Journal, and Nineteenth Century French Studies.

Appointed as public member to the Accreditation Committee of the American Bar Association (2002-08), Dr. Caprio reviewed and determined with the Committee the accreditation status of ABA-accredited law schools; appointed Vice Chairman of the Committee (2006-08); Chairman, Subcommittee on Foreign Study Programs (2005-08); Chairman, Foreign Programs Committee (2009-11), with membership (2009-12); and ABA Standards Review Committee (2013-18). His service to the ABA beyond these Committees includes numerous evaluative site visits of law programs in the United States and abroad.