Andrew is highly skilled in building international pipelines, with a history of doubling enrollments and significantly growing revenues. He is also accomplished in process re-engineering to streamline operations in the best interests of student service. 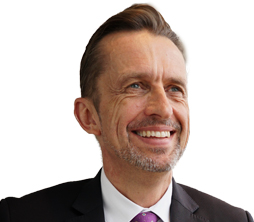 Post-secondary professional. Over the past three decades, I’ve successfully played many roles on campuses around the world. I’ve been principally based in Canada but have had incredible opportunities to work on and with campuses in the Middle East, Asia, Europe, and all corners of the globe. This exposure has built in me a deep understanding of multiple post-secondary systems and cultures, and the people that inhabit them.

Globally mobile. I receive tremendous joy and fulfillment from not only bringing students from around the world together in a classroom, but also serving in my consulting role as a cultural translator of sorts – adapting processes and practices from one jurisdiction to ‘fit’ in another. That skill is applicable across the entire higher education sector, whether it’s adapting from one country to another, one college to another, one state or province to another, or one person to another.

Bass player. The best bass players lead from below, provide drive, rhythm and feel by bringing people together in the ensemble, and subtly influence direction without large gestures or sweeping changes. Those characteristics apply to my approach to leadership and change in every organization with which I’ve worked. Lead from below, empower and inspire those around you, provide nudges to point out the right direction, and the goals are accomplished.

Finally, my liberal arts sensibilities. They imbue in me a deep love for our sector and for the importance of our work. To collaborate with and support like-minded thinkers, gifted educators, and inspiring leaders is a blessing. Every day I reflect on the responsibility I hold of lifting those people up, whether they’re around the corner or around the world.

I look forward to meeting you, dear reader, and to our shared work together.

A skilful post-secondary leader with over thirty years of success in the PSE sector,

committed to the strategic growth of institutions through exceptional leadership

March 2020 to the present; Consultant

Providing professional and strategic expertise to the global post-secondary sector